We at Aceable are proud of our mascot — Ace, the snarky yet lovable robot that students come to know upon taking our  online drivers ed courses  . As a company founded in the great state of Texas, where Friday night means football and school pride is paramount, we know how important a mascot can be. We So we decided to rank the  30 best  high school mascots in Texas, from a list of all 3,709 institutions in the state. Mascots were judged by originality, creativity and historical meaning. Check out our rankings to see if your school made the list! 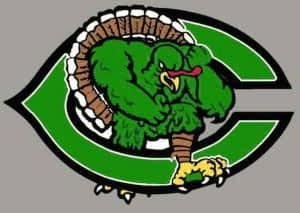 Known as the "Turkey Capital of the World," Cuero sure loves its Gobblers. But don't mistake these Turkeys for a Thanksgiving meal -- those talons look terrifying.

Bluecat might seem like a mythical creature, but the mascot is deeply rooted in the history of Coleman, Texas. According to an old newspaper column , in the 1920s, a Coleman High football player showed up to a game wearing a jersey with a cat's head on it. The Bluecat name is likely derived from that player's jersey and the school's color, blue.

If you don't cheer for "Sandcrab Nation" are you really from Port Lavaca? The gulf town that thrives on the fishing industry knows those pinchers are powerful. 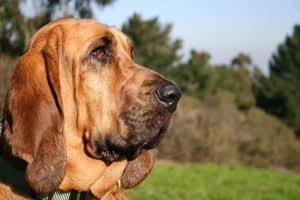 Cutest. Mascot. Ever. The droopy-faced bloodhound is known for its keen sense of smell and tracking abilities. Watch out, competitors. St. Joseph is on your trail. 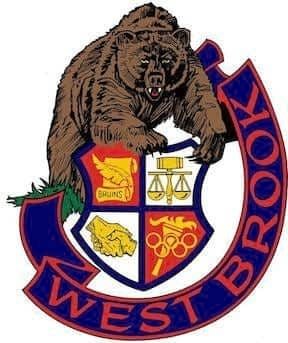 Paying homage to the area's Dutch heritage, West Brook's Bruin Bears are the only mascot by that name in Texas high school sports. The school follow the footsteps of other great athletic programs that share their namesake, the Boston Bruins and UCLA Bruins. Rawr. 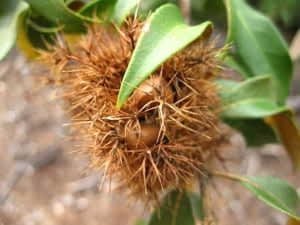 The burrs of the Chinquapin tree may seem small, but I dare you to step on one. Fun fact: In the Algonquian subfamily of Native American languages, Chinquapin means "large." Doin' big things.

There's quite a few Rams out there, but not enough Goats. Groesbeck has the right idea since GOAT stands for Greatest of All Time in the sports world.

Kudos to Robert E. Lee for going beyond the obvious mascot choice of Generals or Rebels. Instead, the school opted for the Ganders, after the Goose Creek school district and the bayou of the same name. Plus, flocks of geese always fly in a V-shape for victory.

Yet another name for cowboy that's native to the region. Vaquero just  sounds  better, doesn't it? With Texas having one of the largest Spanish-speaking populations in the country, it's surprising that more schools don't adopt mascots by Spanish names. Vamos Vaqueros!

You so punny, Poly Parrots. Fun fact: Calling parrots "Polly" dates back to 17th century England when a playwright named a character who mimicked the words and behaviors of others "Sir Pol."

In Grandview, Texas, Zebra stripes are all the rage. As one resident wrote in an Odyssey Online article , you know you're from Grandview if you have a "psycho zebra" logo plastered on your car, attend every football game and cheer loudly for the high school's Thundering Herd band. 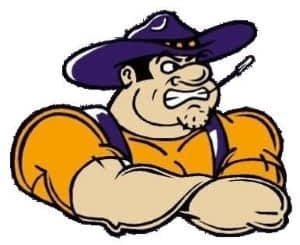 Farmers are tough as nails. Seriously, they could crush every animal mascot on this list. Once the chief occupation of the pioneers who settled this Texas town, Farmers remain an important part of Farmersville culture, but now as the titleholders of a state championship in football.

If you're not from Texas, you've probably never heard of a "puncher." Mason's mascot isn't as violent as it sounds -- "punching" is just another term for driving cattle. With plenty of teams using the Cowboys as a moniker, Mason's mascot has a little extra Texas twang. 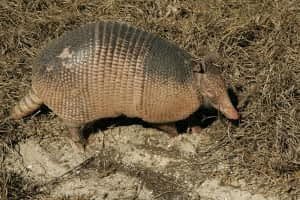 Now this is a true Texas mascot. The armadillo is so beloved in the Lone Star State that the Department of Parks & Wildlife says citizens have "adopted this armor-plated critter as their mascot." Why then is there only one Texas high school who can call themselves the Armadillos? Smart choice, San Saba. 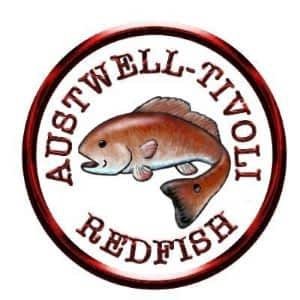 It makes sense that Tivoli would have a mascot as unique as the town itself. With a population of approximately 500 people, the small community is proud of its school district and Redfish athletes. In a 2013 Facebook post, someone suggested that Tivoli's mascot be changed to better suit the town's history, but another resident chimed in by saying, "No REDFISH as a mascot would be a tragedy...as far as I know Tivoli is the only school with redfish as a mascot..." Hear, hear!

Vipers might be the fiercest mascot out there. We also dig the "V" alliteration. Say "Vandegrift Vipers" three times fast. 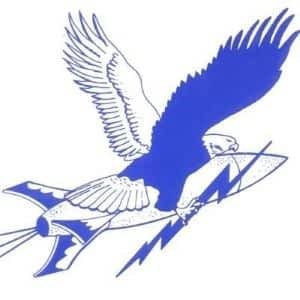 Ro-Hawk? You'll have to consult Urban Dictionary on that one. The simplest answer is that it's a hawk riding a rocket. And there you have it. The strangest mascot maybe ever.

Speaking of unicorns, New Braunfels High School is full of them. The school's mascot is unique, but even better is the slogan emblazoned across their football entry tunnel: "Not a myth, but a legend." 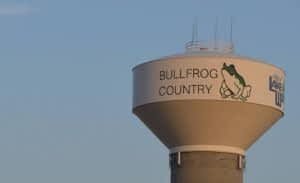 When your town is named for a lake, you can't  not  to choose a scary swamp creature as a mascot. With their aggressive nature and deep-throated roar, bullfrogs are not to be underestimated. Battle cry: ribbet, ribbet. 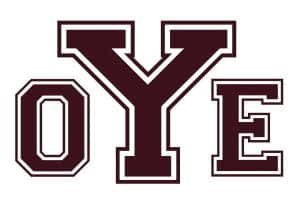 It might seem like C.H. Yoe simply named its mascot after the institution's founder, but a quick history lesson will prove otherwise. In 18th century England,  yeomen  were known as skilled archers. The term "yoeman" is then a purposeful misspelling of yeomen to echo the name of the school. 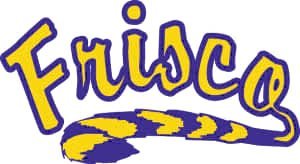 As the story goes, Frisco became the Racoons in 1924 when a student wanted to name the mascot after his "pet 'coon." But Frisco's connection to the furry bandit goes even further. The city's official logo is meant to look like a stretched racoon hide that was once spotted by the old railroad. Who would've thought? 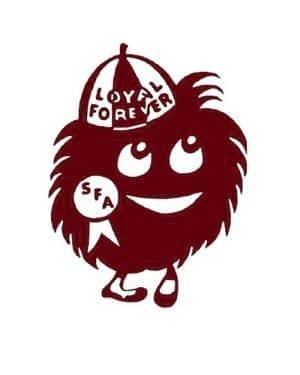 What's a maroon? According to Stephen F. Austin High, a "Maroon" is anyone who represents the school with pride. Even more intriguing than the mascot's name is its depiction, a maroon ball of fluff with large eyes. The first picture of "Mr. Maroo" was drawn in 1957, but the school says it has more than 100 different illustrated versions of the mascot. 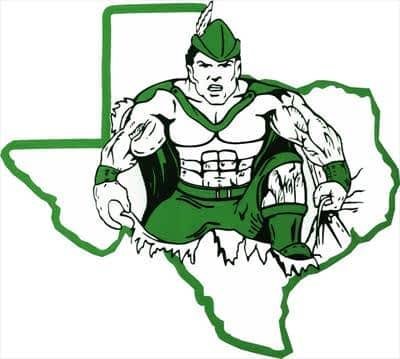 Dating back to the 14th century, the Pied Piper of Hamelin, Germany, has been a popular folklore legend. In fact, the Pied Piper has appeared in countless books, films and songs all over the world, including Dreamworks'  Shrek  and Eminem's "Lose Yourself." He also happens to make an appropriate mascot for a Texas town called Hamlin. 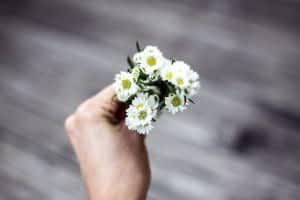 While the official crest of this Dallas school bears a unicorn, Hockaday adopted the daisy as its mascot in the 1980s. Perhaps not the most intimidating mascot, but definitely the prettiest. Students are often called "Hockadaises." 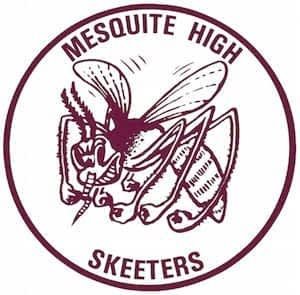 Mesquite High could have simply played off its name and dubbed the mascot a mosquito. But the school took it a step further with the good ol' Southern variation of "skeeter." That's one insect you don't want to mess with. 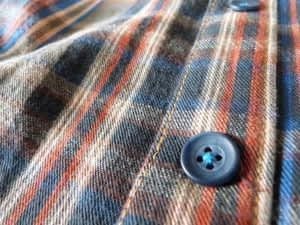 No, not like the buttons on your shirt. A button is the segment at the tip of a rattlesnake's rattle. Why not go by the rattlesnakes then? Central Catholic was once part of St. Mary's University, whose mascot is the rattlers. Keeping the button mascot is a tribute to the school's history. 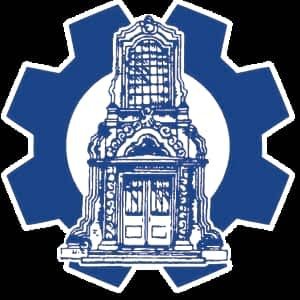 You won't find this mascot at any other high school in the country. "Vok" is short for vocational student, as Sidney Lanier was once San Antonio's first vocational school. Don't worry, the mascot isn't represented by a student, it's actually a giant blue gear. 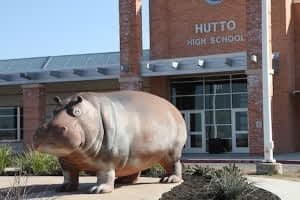 Hippos are inherently adorable, but more adorable is the story of how Hutto got its mascot. In 1915, a hippo escaped from a circus train into the town of Hutto and apparently made quite the impression. (Circus trainers eventually caught him.) Hutto is now filled with hippo statues by the hundreds. 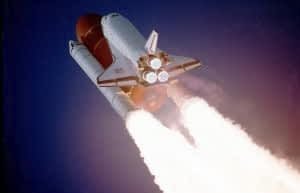 John F. Kennedy has a poignant story behind how it named its mascot. The San Antonio high school was the first of its kind to be named after the president, but before Kennedy had a chance to dedicate it, he was assassinated in Dallas. The rocket is a tribute to Kennedy's support for the U.S. Space Program and the school's colors, green and white, recognize his Irish-Catholic heritage.

Narazeth High students aren't really passionate Taylor Swift fans. (Well, maybe they are.) A Swift is a fox native to the Panhandle region. We aren't the only ones to take notice of Nazareth's mascot. The Swift was nominated for USAToday's best high school mascot awards in 2013.

We love that we get to work with teens from so many unique high schools across the state of Texas. Personally we think the best mascot of all belongs to a certain online drivers ed app , but we're a little biased. Make sure to check out our step-by-step guide on how to get your drivers license in Texas , and how to get your license when moving to Texas from another state .