Sharing the Road with Bicyclists- The Dos and Don’ts

Bicycling is becoming more and more popular as a means of travel. Learn the Do's & Don'ts of sharing the road as a bicyclist and as a driver

Before you head to the DMV to get your driver license, let’s talk about other people you’ll be sharing the road with - bicyclists, motorcyclists, mopeds, pedestrians, other vehicles, and even Avril Lavigne’s fabled sk8er bois. When you’re driving, you’ve got all sorts of things you have to pay attention to other than the task of being a safe driver. Let’s talk about bicycles and other roadway users and break down just exactly how to share the roadway with them so everyone can navigate the highway transportation system and busy city roads safely to avoid crashes.

First off, let’s talk about what cyclists should do to share the roadway with cars.

Even if you’re on a bike, you gotta follow the rules of the road; the traffic laws apply to you, too. Make sure you follow all road signs and traffic signals. Pay attention to right of way rules. Normal driving stuff. If you run traffic lights or signs, you’re putting yourself in a lot of danger.

When presented with the opportunity, always ride in the bike lane. Sometimes things might be in the bike lane (even though they’re probably not supposed to be there) like large trucks delivering goods, cars temporarily parking, or maybe a pedestrian or two. When that happens, be careful, check around you for cars and other motor vehicles (the same way you would change lanes in a vehicle), and move into the general travel lane. BTW, you’re totally allowed to ride in the general travel lane at all times. You do you, boo. The best thing to do when you’re on the road is to stay close-ish to the curb to give yourself a good space bubble from motor vehicles. Just be aware of road conditions - be careful of debris or potholes and drivers opening parked car doors on the side of the road. One place a person riding a bike should avoid is the sidewalk. It’s dangerous for a few reasons - first off all, this is where all the pedestrians are, walking around, listening to headphones and super not expecting someone to breeze by them at 15 mph. Second of all, some sidewalks are hard enough for pedestrians to walk on, let alone bike. Unless you’re prepared for X-treme sidewalk biking, you’ll be safer on the street.

There are a few things you should wear as a bicyclist to be safe and seen when you're sharing the road with motor vehicles. In a car, you've got multiple safety features working together to protect you, so it's important to do the same when you're on a bike. Traffic safety and peace of mind are the rights and responsibilities of every wheeled warrior.

First and foremost, make sure you have that bicycle helmet. Here’s a chart to show proper placement: 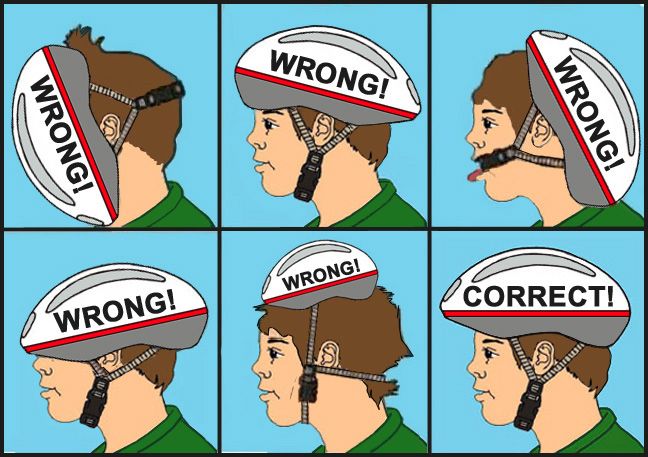 It’s also important that you have a reflector, a taillight and headlight, and a reflective vest/jacket. These things are important during the day, but SUPER important at night, for obvious reasons, but especially looking cool af. 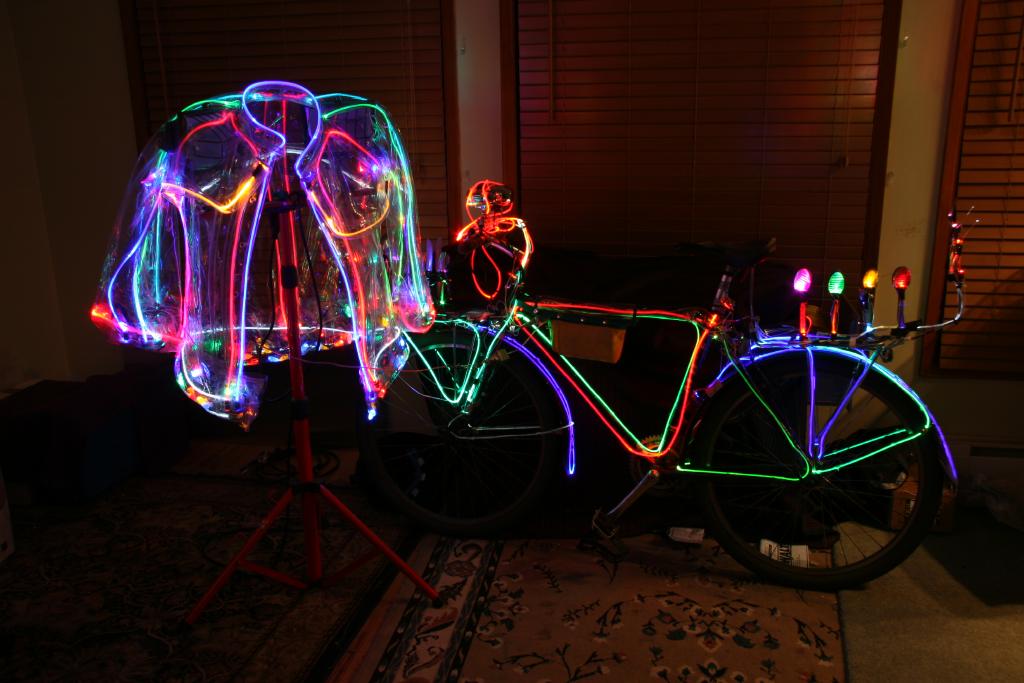 Don't forget to wear your light up jacket! Bicycle safety is so 2016

Now let’s talk about what you need to do as a car sharing the road with a passing bicyclist.

These shared lane markings (or sharrows) are there to alert drivers that there are probably going to be cyclists on the road: 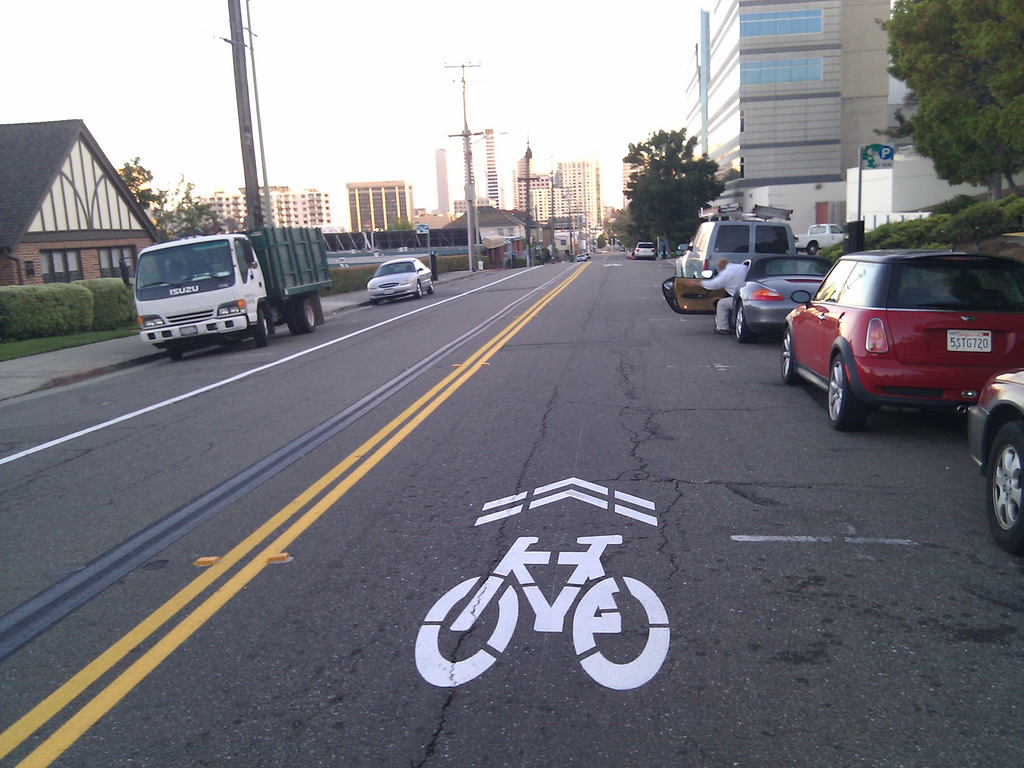 You’re gonna want to make sure you’re giving bikes plenty of space to avoid a collision - at least three feet. If the biker has to move quickly to avoid something in the road, you’ll be far enough away that it won’t be an issue.

Unless you’re driving next to Lance Armstrong or something, most of the time you’ll be driving faster than the bike, so here are some tips when you want to pass a cyclist:

When you park, make sure you look in your mirror for cyclists before opening your door. Getting doored is a cyclist’s nightmare and it’s really hard to watch out for a car door when it shoots out randomly in front of you.

Sharing the road is not limited to cyclists, however. Anyone with wheels is a certified roadway user - mopeds, people who are in-line skating, rollerskating, or skateboarding, tricyclists, etc. These rules apply to these vehicles as well.

At the end of the day, it’s all just about sharing the road. Remember, bicycles are people, too, and they have as much right to the road as cars. Stay patient and alert and you’ll be just fine. Sharing is caring, fam.