The 24 Best Drive-In Theaters to Check Out in Ohio

When the days are long, nothing is more relaxing and enjoyable than spending a night with your loved ones and watching a movie. But why stay cooped up inside?

Drive-in theaters are one of the last vestiges of American nostalgia and a truly unique way to enjoy your favorite films. Ohio has more drive-ins than almost every other state, tied only with New York for the highest number of active drive-in theaters in the country. This nostalgic pastime is a favorite for Buckeyes far and wide when both the corn and temperatures reach yearly highs.

Here are 24 of the best drive-in movie theaters to check out in Ohio, whether you’re a fan of horror, action, indie dramas or timeless Hollywood classics. These theaters have enough movies and history to go around.

This legendary stand-by has been around a while. Originally built in 1955, its name comes from being located "midway" between the cities of Ravenna and Kent. The perfect location for a big family outing. 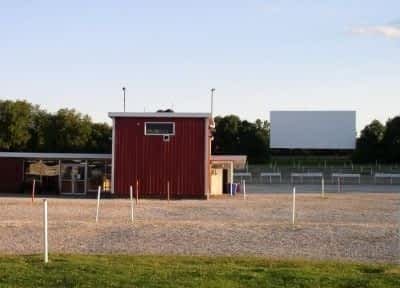 Need to get your license before heading to the drive-in? Start Ohio drivers ed today!

Like to squeeze in at the last moment? You can reserve your parking space ahead of time. This midwest gem almost closed in 2011 when the previous owners were planning to retire. Luckily, the Saunders' purchased the theater and has kept it up and running ever since! 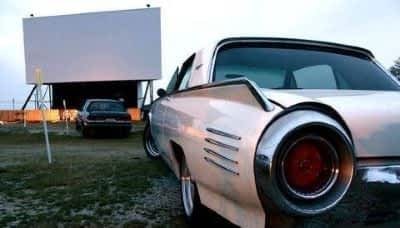 Originally build and opened in 1940, The Riverside was the first Columbus drive-in. This theater also hosts a flea market with thousands of vendors. 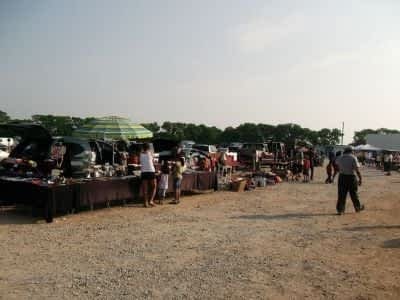 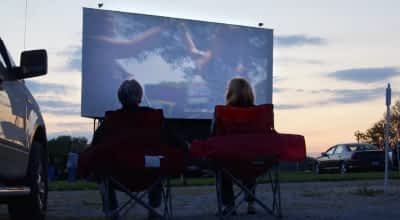 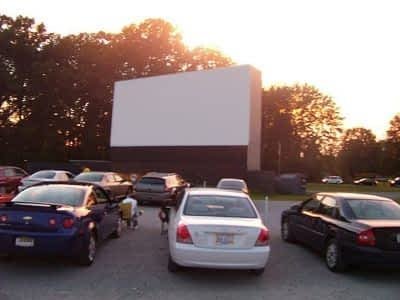 This theater was opened in 1947 by Dale Morrison. The original screen was constructed of wood and has an array of twinkling stars down the side that people would drive by just to see. 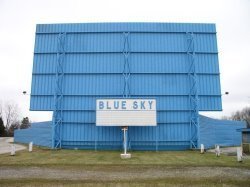 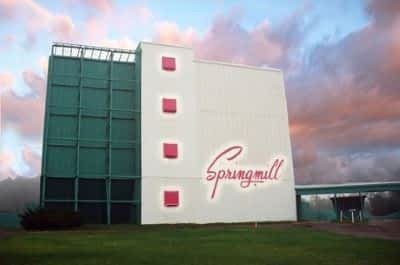 Mayfield Road Drive-IN was originally opened to the public in 1945. The original screen was lost to a wind storm in 1993, but a new one has been added along with digital projection.

Lynn Auto Drive has been projecting movies since 1937. This theater is cash-only so don't forget to make an ATM run before stopping by. According to the Lynn Auto Drive-In website, this theater is the oldest in Ohio and the second oldest continuously operating drive-in theatre in the world! 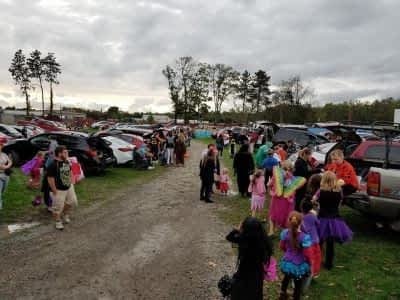 The Magic City Drive-In was built and opened by Vince Lauter and Lou Ratener in 1953. This theater is cash only, so bring enough for your film AND snacks too! 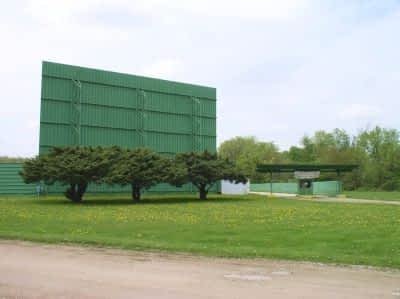 Home to first-run double features all summer long, the Dixie Twin Drive-In also hosts The Paris Flea Market on Sundays from 6 am - 12 noon Sundays, 6 am to 12 noon April to October. 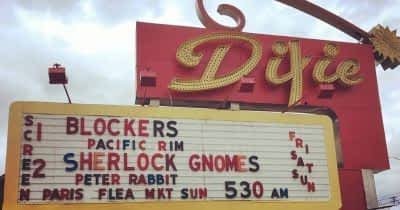 Down in the hills of Fairfield County sits the Skyview Drive-In Theater in Lancaster, OH (locals know Lancaster is pronounced with a long "a"). This theater was originally built in 1948 and was purchased by a 30-year employee of the theater in 1994. 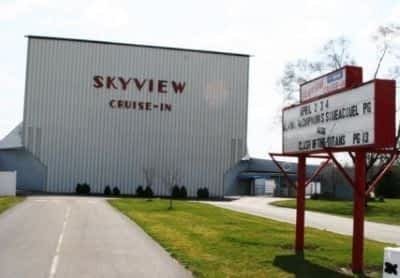 The Aut-O-Rama Twin Drive-In was built originally built in 1965 by the Sherman family. Today, it's still owned and run by a third generation of the Sherman Family. Talk about a theater with roots! 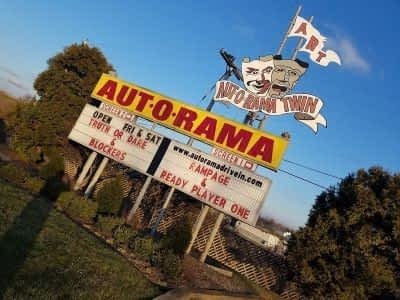 The Elm Road Theater was opened in 1950, then underwent improvements including a brand new, 4,000 sq. ft. concession stand that prompted a grand re-opening in 1979. Additional additions were made over the years- one of the most recent including a third screen built in 2004. 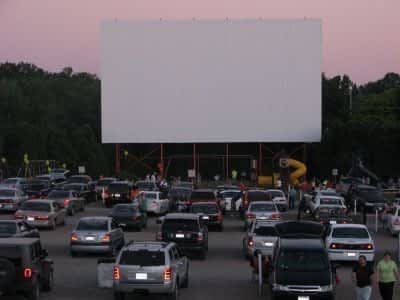 With great prices and a nostalgic feel, this theater is a local favorite. The entrance sign is over 70 years old! Be sure to bring your own snacks for nights at this Ohio theater.

This nostalgic 50's style drive in runs double features spring through fall. Show up early for an amazing view of some Ohio sunset skies.

In 2013, Skyway became the first drive-in in northeast Ohio to convert to digital projection. This theater in Warren, OH has both movies AND laser tag to entertain patrons.

This theater offers an old-school theater experience with double features of current releases and concessions. One patron suggests bringing a battery-powered boombox radio and sitting outside under the stars! 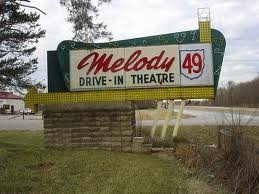 This Kenton, Ohio theater has a unique and eye-catching neon marquee sign at the entrance of the theater welcoming patrons to a night of summer fun. 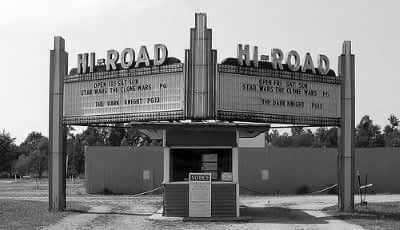 The Auto Vue Drive-In Theater has been around since 1956, but not without significant challenges. Damages to the theater in 1997 and 1994 presented challenges to the owners who powered through and kept this local favorite open for their community.

This family owned and operated theater has been in operation for 65+ years. With a digital projector & snack bar, this old-school movie viewing experience is perfect for the entire family. 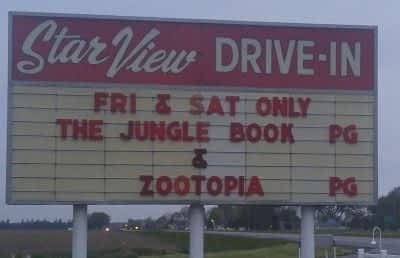 The cash-only Van-Del Drive-In is a favorite of people in the surrounding areas of Middle Point, Ohio. This theater has multiple screens, plenty of parking and serves as a perfect activity as long as the weather is warm. 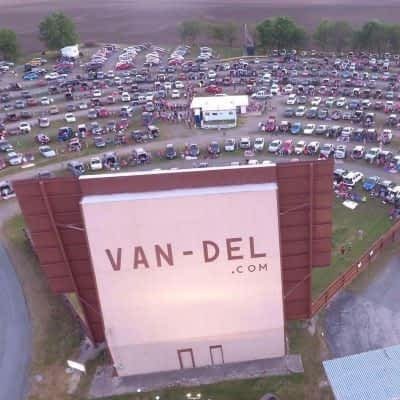 This Ohio drive-in opened in 1950 and has been serving western Ohio ever since. Visitors love the low-cost of free parking and the nostalgic experience of viewing a movie on the big screen under the big Ohio sky. 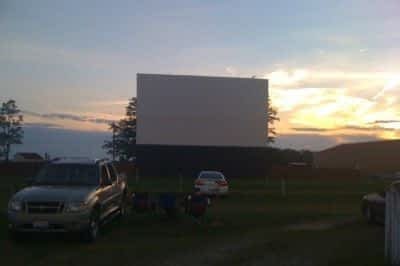 This Ohio drive-on shows up to 8 new features on any given night. Patrons love the multi-screen experience, the fun events held at the theater, and the nostalgic feel of this Wintersville theater. 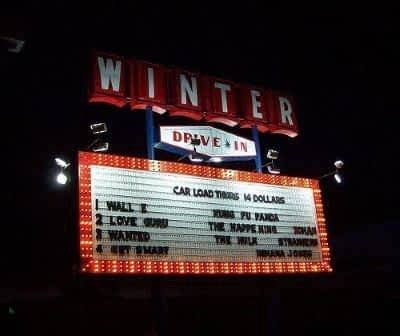 Image sources in order of appearance: