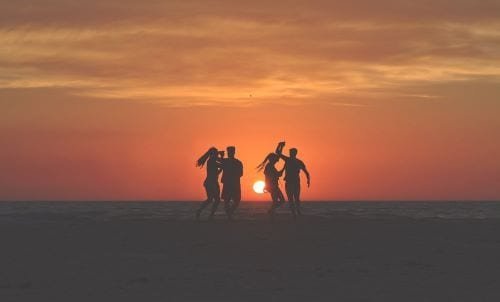 When spring arrives, drivers who live in harsh climates breathe a sigh of relief. The snow is melting and there’s more daylight, so they start to relax behind the wheel. Don’t get too relaxed, though. Mi Ape Lipe, driving safety advocate and blogger at Driving in the Real World says that "spring poses a surprising number of challenges."

Here’s what to be aware of to stay safe on the roads.

Did you know that the number of fatal car accidents spikes by 6% during the week following the clocks moving forward in March? According to a research study done by the University of Colorado Boulder, this results in about 28 additional deaths each year on U.S. roads. The reason for this is that many people miss out on that extra hour's sleep and are adjusting to driving to work in more darkness.

"Daylight savings time is also physiologically much harder on our internal clocks than we may realize, so we may be more tired and stressed as a result," says Lipe.

In certain parts of the country, spring brings an increase in rainfall. When it rains during warmer weather, windows fog up easily. We advise taking your car for a spring tune-up to check the windshield wipers, tires, defroster, belts, hoses, lights, brakes, and fluids.

Wiper blades and tires take a beating during winter, so don’t get caught in the rain with damaged wiper blades or worn tires. Smooth and underinflated tires will increase your chance of hydroplaning, which can cause you to lose control of the car. "Never try to drive across a heavily flooded road," cautions Lipe. "This can be surprisingly deadly."

Potholes are notorious for appearing at the end of winter. Heavy rain and snow often take a toll on weak spots on the roads, causing the surface to give way. During spring rains, potholes are often hidden by puddles, so always be cautious when approaching pools of water. Hitting a pothole can damage your tire or throw your wheels out of alignment.

Lipe says spring is when many road construction projects begin — both planned and unplanned, especially when spring thaws reveal potholes.

"There may be sudden slowdowns, blocked-off lanes, and long delays that irritate and tempt us to speed, tailgate, or act impatiently," she notes. "Remember that real people work in these zones just feet from our moving vehicles."

"The rest of the deaths involved drivers and passengers — in other words, us! So slow down and give those workers plenty of room," says Lipe.

More Bicyclists Take to the Roads

As a motorist, be aware that when spring arrives, you'll be sharing the road with more bicyclists. Practice courtesy towards bicyclists and remember that bicyclists are more vulnerable on the roads. In a crash between a vehicle and bicycle, the bicyclist is likely to sustain the worst injuries.

In March and April, kids from across the country are heading to their spring break vacation destinations. This surge in road traffic may cause an increase in reckless driving, as many youngsters throw caution to the wind. As a result, traffic fatalities increase over spring in all the major vacation states.

The weather is warming up, but wintery days are not entirely behind you.

"The weather can change quickly and unpredictably, from bright sun and mild temperatures one day to slippery snow, frost, ice, driving rain, and strong winds the next," says Lipe. She especially warns to watch out for sudden flash flooding. If you use a weather app on your phone, check it daily to see what the forecast is and adjust your driving habits accordingly.

Wildlife Are on the Move

During spring, wildlife becomes more abundant. Hibernating bears wake from their slumber, deer are on the move, and the mating season starts. According to the Federal Highway Administration, there are an estimated 1 to 2 million collisions between cars and animals every year in the United States. Make sure to pay attention to road signs that indicate the presence of animals, and be extra cautious at night when it's more difficult to see animals crossing roads.

Stay Safe This Spring — And Beyond

Driver vigilance is essential every time you take the wheel, no matter the season. According to Mi Ae Lipe, who authors the blog “Driving in the Real World,” drivers should always refrain from using their smartphone behind the wheel. Lipe advises drivers to put down that smartphone. "Don’t even use Bluetooth because cognitive multitasking keeps you from properly seeing and anticipating hazards," she notes. Additionally, taking a defensive driving course can teach you advanced driving skills to help anticipate hazards and correctly handle dangerous situations, such as collisions with wildlife, hydroplaning, and sharing the road with cyclists.