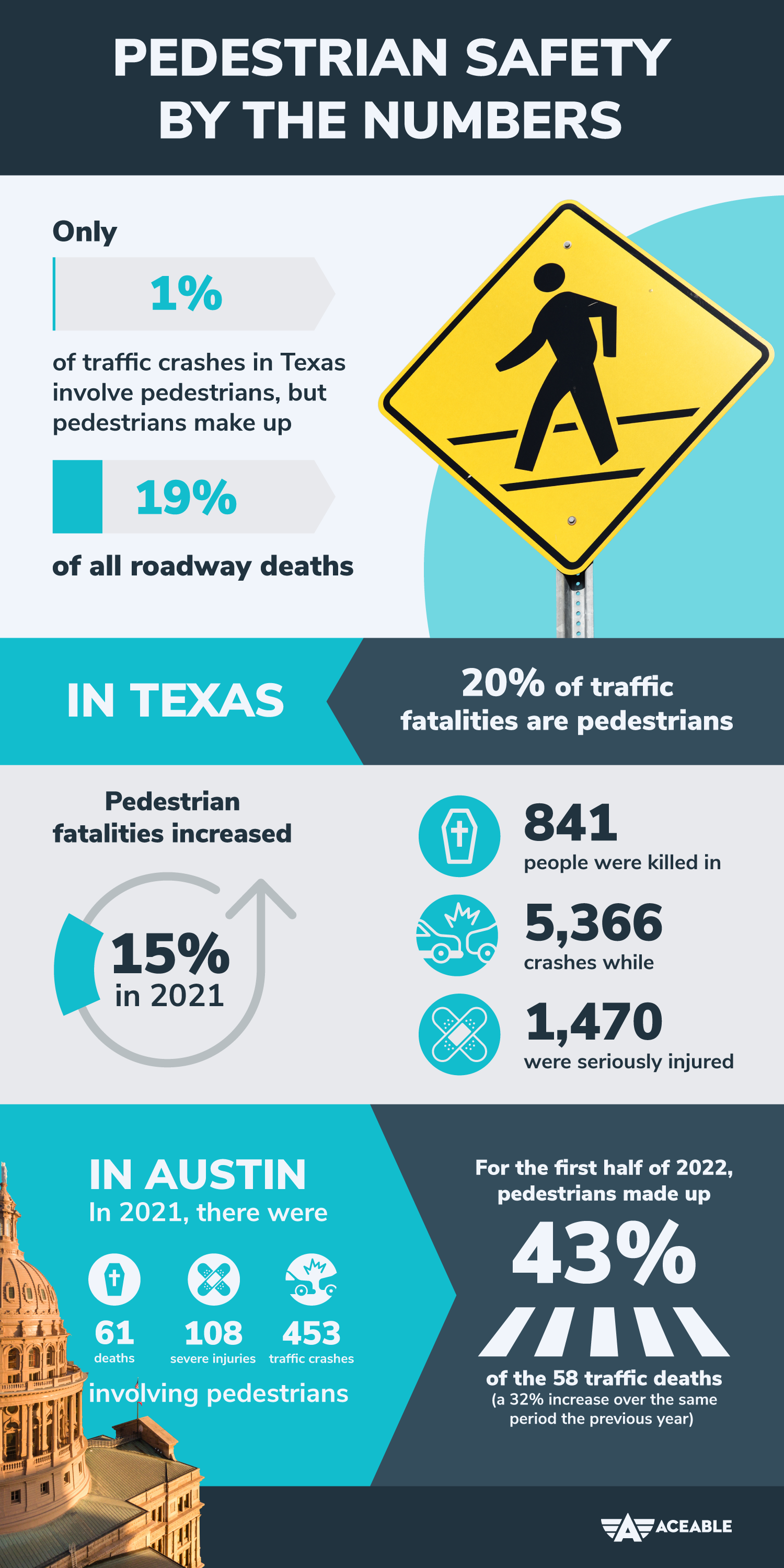 They say that the first step in fixing a problem is admitting that you have a problem. If that is true, then let’s coin a phrase from a Texas town to the southeast of us and say, “Austin, we’ve got a problem.”

And that problem is pedestrian safety.

But before we consider how to address that problem, let’s start with a basic definition.

What Is a Pedestrian?

A pedestrian is someone who travels on foot.

In actuality, it’s a term most often used to contrast a person’s mode of transportation relative to those traveling in vehicles, particularly when the two are in close proximity to each other.

For example, when describing someone who is hiking to the top of a mountain or backpacking through a forest, you’d probably never think of them as a pedestrian — even though the term would be technically accurate. But if you place those same folks in the crosswalk of a busy city intersection, referring to them as a pedestrian would seem very natural.

And it’s the proximity of the pedestrian and the motorist that gives rise to the safety issue.

Pedestrian Safety By the Numbers

To underscore the need for improvement, here are some sobering pedestrian safety statistics on the state and local level.

TxDOT Ranking of Leading Causes for Pedestrian Accidents: (based on law enforcement data)

What Texas and Austin Are Doing about Pedestrian Safety

So, our city and state acknowledge we have a problem with pedestrian safety. What are they doing about it? Here are some steps being taken:

The city of Austin has a Pedestrian Safety Action Plan that offers “21 key recommendations in engineering, education, enforcement, evaluation, policy/land use, and partners/funding to reduce and eliminate serious injury and fatal pedestrian crashes in Austin.”

The Texas Department of Transportation (TxDOT) has recently taken steps to raise awareness of the increase in pedestrian fatalities in Austin by parading “human billboards” downtown and in North Austin as part of its “Be Safe. Drive Smart.” campaign. Those billboard messages implore motorists and pedestrians alike to obey the rules of the road and to be alert to each other’s presence.

The Lisa Torry Smith Act is a Texas law that went into effect in 2021. Named after a Texas mom who was struck and killed in a crosswalk while walking her six-year-old son to school, the law requires that drivers stop and yield the right of way to people in crosswalks.

In addition to their general admonition to obey Texas law, TxDot recommends the following:

How Can You Support Pedestrian Safety in Austin?

The first thing you should do is to take to heart all the good advice and information shared in this article.

And, then, if you really want to be on the safe side, consider taking a defensive driving course from your local friendly online course provider.

Michael Rhoda is a writer at Aceable, where he creates pre-licensing education courses for real estate. Michael is also a nationally recognized, award-winning writer and illustrator of greeting cards and editorial cartoons.