The World Health Organization recently published Mobile phone use: a growing problem of driver distraction to raise awareness of the problem. The report notes that:

"Studies from a number of countries suggest that the proportion of drivers using mobile phones while driving has increased over the past 5–10 years, ranging from 1% to up to 11% at any one moment. In many countries the extent of this problem remains unknown, as data on mobile phone use is not routinely collected when a crash occurs." 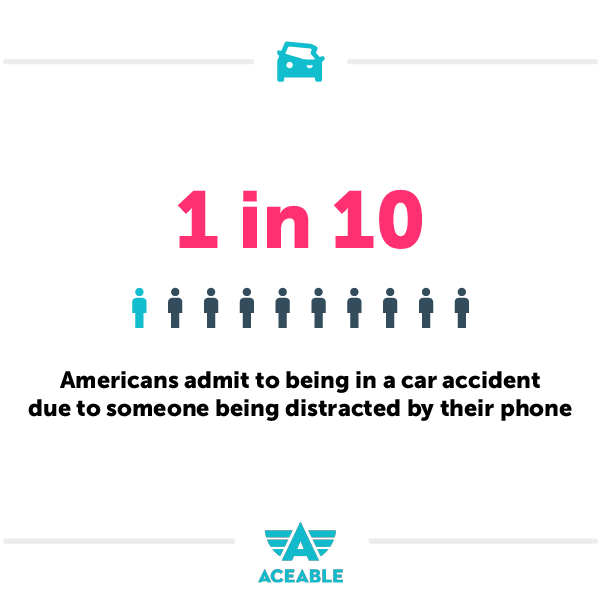 The United States is one of the countries which does not collect cell phone data after every car crash. Cell phone records may be subpoenaed if the victim (or their family) decides to sue the at-fault driver, but we can’t say definitively how many accidents are caused specifically by cell phones in the US.

What we can do is collect and share survey data to give you an idea of how serious the problem is. In a recent survey, 68% of respondents admitted to using their cell phones while driving. And 1 in 10 respondents report having been in a car accident due to a cell phone distraction.

Not only are we addicted to our cell phones, but we’re also using them while driving. And this is causing accidents.

How Serious is America’s Phone Addiction?

How often do you check your phone? 76% of those surveyed admit to checking their phones at least once every hour. The problem is worse among younger generations who are naturally more likely to use new technology than older generations. In fact, Millennials and Gen Z are 23% more likely to check their phones at least once per hour than Gen X and Boomers.

Leaving home without a cell phone is a non-starter for a large percentage of Americans:

Phones Can Provide a Feeling of Comfort and Safety

Phones are more than just entertainment. They provide feelings of comfort and safety by keeping us connected to the rest of the world (even if we’re not using them to make phone calls). 72% of Americans use their phones to keep connected to others via social media. 68% stay in touch with others via the email app on their phones. And 2/3s keep up with material information like news and weather via their phones.

With the number of functions available through our phones, it’s no wonder so many people feel anxious without their phones.

Phones Are Also a Serious Distraction

While phones provide exceptional utility, they also present a serious distraction. With notifications from your email app, all your social accounts, and breaking news updates, our phones are constantly demanding our attention. 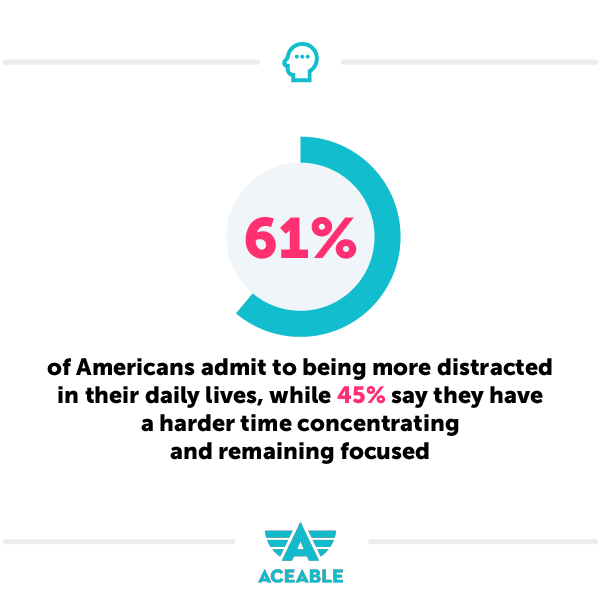 Even without intrusive notifications, we often allow ourselves to be distracted by our phones. We actively search for new information, scan our friends’ social posts, and message people through our phones.

61% of survey respondents admit to being more distracted in their daily lives as a result of smartphone usage, while 45% say they have a harder time concentrating and remaining focused.

And we know we have a problem. 62% of Americans agree that we spend too much time on our phones.

The Phone Addiction is Spreading to the Roads

51% of respondents say they are more distracted behind the wheel now than they were five years ago. And 50% blame their phones for this additional distraction.

Even worse, many people feel unable to control the distraction. 39% Americans feel an uncontrollable compulsion to check their phones even though they know it puts themselves and others at risk. 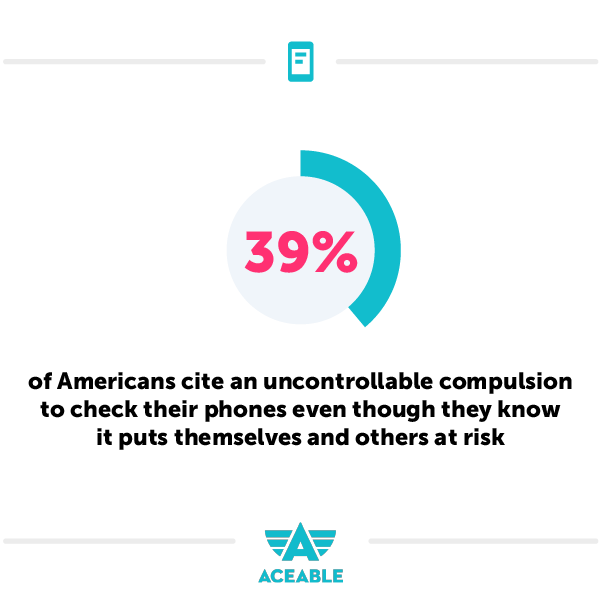 What You Can Do to Curb the Phone Addiction While Driving

If you’re one of the many Americans who feel unable to control the compulsion to check your phone, it’s best to completely remove the option of checking your phone while driving. Instead of keeping your phone within reach while you’re in the driver’s seat, stash your phone in the backseat or even in the trunk while driving. It only takes a moment of self-awareness and control to put your phone out of reach. And for the duration of your trip, you won’t have to practice self-control because it will literally be out of your hands.

You might also want to take a quick and inexpensive online defensive driving course. Not only will the course help you become a safer driver, but you could also reduce your auto insurance premium!

The use of cell phones while driving is a global problem. But because Americans are more likely to own and operate their own car in their day-to-day lives than other nationalities, this problem is impacting Americans particularly hard.

We’re well-aware of our dependence on our cell phones. And we know our phones are distracting us in our real-world lives. But our phones are also extremely useful and keep us connected to others, so we continue to need them (and even feel anxious without them).

Cell phones are contributing to an increased feeling of being distracted on the road. And a large percentage of Americans feel unable to control their urge to check their phones, despite knowing that it’s unsafe to do so while driving.

The best way to prevent yourself from getting distracted by your phone while driving is to eliminate the distraction. Keeping your phone unavailable while driving, by physically placing it out of reach or by digitally locking it via an app, removes the ability to check your phone even if you wanted to.

Indulge your cell phone addiction if you must, but not while you’re in the driver’s seat.