Parents: Use These 3 Steps to Steer Your Teen Toward a Summer of Safe Driving 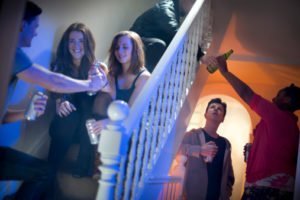 June begins a season of road trips and holidays, with everyone itching to get out on the open road. Teens are no different; however for them, summer is the most dangerous time to be behind the wheel.

Car crashes are the No. 1 cause of fatalities for adolescents according to the Center for Disease Control (CDC). The CDC also reports that in 2016 alone, more than 2,400 drivers ages 16 through 19 were killed in car crashes and close to 293,000 received treatment for injuries sustained.

How do parents help their teen drivers deal with prom, graduation, and the summer party scene so they can arrive at their destinations safely? Try using these three steps to talk to teens about safe driving and partying this summer.

One way teens learn how to be safe drivers is by watching their parents. For example, when a parent takes the driver’s seat, they can explain to their teen what they are doing, such as putting on a seat belt or adjusting side-view mirrors, and why that is important for safety.

“What I like to encourage is for parents to model their kids every day,” said Mary Jo Podgurski, nurse, educator, and founder and president, Academy of Adolescent Health.

As parents continue to explain their reasons for being safe and why it’s important to do so over time, teens can learn how to be a safe and competent driver possibly years before they enroll in drivers ed. So if you want your teen to drive while not under the influence, then you’ll need to model this in your own behavior.

2. Talk About The Effects of Drugs and Alcohol

Psychologist and life coach Ana Jovanovic from Parenting Pod, an online resource for parents on mental health and wellbeing, says the public tends to focus on the staggering car crash statistics but not necessarily on how drugs and alcohol affect our driving behavior.

“Even though your teen may not be the one driving, their friend may reassure them that they feel sober enough,” Jovanovic says. “This is why they need to know about the ways in which alcohol affects our self-confidence.”

Jovanovic warns against heavily lecturing teens as they are not likely to remember the information being shared with them. She encourages parents to make this an interactive discussion for the whole family by creating some engaging questions. For example, “How many drinks does it take for someone to get drunk?” Or, “What should you know before you decide to smoke marijuana?” 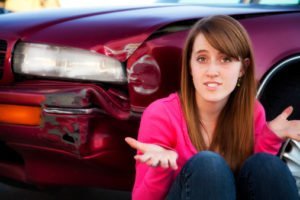 3. Have the ‘Alcohol Conversation’, Regardless

While drinking under the age of 21 is obviously illegal, and while many parents feel uncomfortable with talking to their teens about it, it’s wise to educate them on what kinds of alcohol are available (beer, wine, and liquor) and how they affect the body differently. The severity of alcohol’s effects on bodies can depend on body weight and gender, as well as the speed at which alcohol is consumed.

“Most teens overestimate their ability to tolerate alcohol and end up drinking much more than they can handle,” Jovanovic says. “The information you share can be helpful in their future decision-making.”

A similar discussion should be had about drugs. For example, marijuana use has become more popular for both recreational and medicinal use as states have started to legalize the drug. It’s important to talk to your teen about how marijuana affects the body and driving.

Develop a Safety Plan Now with Your Teen Driver

Teens often take their ability to drive safely for granted in party environments, opting to drive home themselves as they feel they can still operate a vehicle. In these such instances having an established safety plan outlining other transportation options, is extremely helpful.

Also ensure teens are careful of who they get in a car with. In 2016, 55% of the deaths of teen passengers occurred in vehicles driven by another teenager. Among deaths of passengers of all ages, 13% occurred when a teenager was driving. Make sure they have phone numbers readily available so that a lost phone -- or an inability to operate a phone -- won’t keep them from getting safely home.

Podgurski also urges parents to enforce safe driving behavior year-round, and not just during the school year. “Kids can get drunk on a Tuesday night, or Friday night at a football game,” she says.

Andrea is a 15-year news veteran with experience in community journalism, automotive reporting, and traffic safety marketing. She's a Detroit native, past Super Bowl attendee, lover of all things editing and content.