Changing Lanes: Who Has the Right-of-Way? 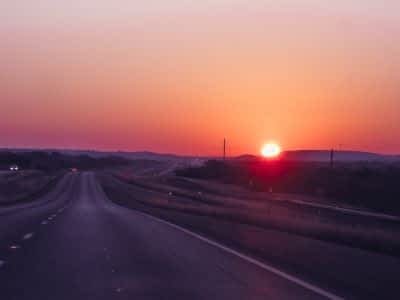 Ahh, life on a road with three or more lanes. All the lane-choosing freedom you could ever want. Right lane, middle lane, left lane… the roadway is your oyster.

Of course, that’s not how it works as the roadway is never desolate. You share the multiple lanes with other drivers, and if there isn’t a known decor for how to share these lanes, that lane-choosing freedom quickly turns into lane-choosing madness.

There are the commonly known traffic lane rules: left lane is for passing, right lane is for slower drivers, always use your turn signal when switching lanes, and don’t tailgate other drivers (please do not tailgate). Great! But what happens when Ashley in the left lane and Lori in the right lane both want to be in the middle lane? We spoke to an expert on Texas highways to learn more about how to handle this situation.

A traffic law superhero of sorts, Brian Purcell has been fascinated by transportation and traffic law since he was a middle school student in Germany. He even started a website about Germany’s transportation system while living there. Impressive, right? Since Germany, he’s moved to San Antonio where he maintains the Texas Highwayman website and attends Texas DOT public information meetings to give his input. Which is why we turned to him for today’s question:  “Who has the right-of-way when changing lanes?”

Who Has the Right-of-Way When Changing Lanes?

"According to the law, Lori would have to yield to Ashley. This is contrary to most right-of-way law in that traffic coming from the right usually has the right-of-way. The reason for giving preference to vehicles coming from the left in this circumstance is because traffic moving from left to right is trying to either yield the left lane for faster traffic or is moving to the right to prepare to exit or perhaps to move to the shoulder due to an emergency. In all of those cases, it’s obviously preferential to give those folks the right-of-way. This statute is also used to require traffic entering a freeway to yield to traffic already on the freeway."

You should feel a little better about knowing how to safely change lanes on those big, multiple lane roadways.

To learn more about the laws and rules of driving in Texas, begin your Texas drivers ed course today!